Professor of History and Southern Studies

Director of the Spencer B. King, Jr. Center for Southern Studies 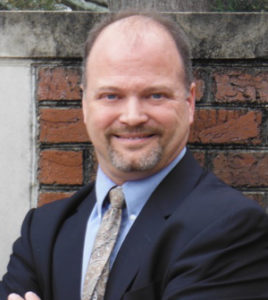 Dr. Douglas E. Thompson arrived at Mercer University in August 2001 as a post-doc teaching fellow in the University Commons. He joined the College of Liberal Arts and Sciences faculty in 2004 in the Department of Interdisciplinary Studies. In 2014 he moved to the History Department where he teaches 20th century and American history courses. He continues to teach in the Great Books sequence, mostly GBK 407. A recipient of the 2009-10 Spencer B. King, Jr. Distinguished Professor Award, Dr. Thompson enjoys the classroom and helping students understand the interpretative moves that historians make while practicing their craft.

Dr. Thompson’s teaching and research interests include 20th-century American history. He has published an account of 1950s Richmond, Virginia, and the ways that religious persons engaged in the civil rights movement or the political response to it known as Massive Resistance. Currently, he is working on a book about Martin Luther King, Jr., and the war in Vietnam. He teaches courses in history (HIS 105 “Western Histories,” HIS 210 “Twentieth Century World,” and HIS 250 “America at War”) and in the Southern Studies program that included the introductory course (SST 180) and 20th-Century South (HIS/AFR 362). In the Great Books curriculum, he usually teaches “The Age of Ambiguity” (GBK 407). In 2013, he became the editor of the Journal of Southern Religion.

Outside of teaching and writing, Dr. Thompson likes to run and hike. Sometimes you can find him on the various rivers of Middle Georgia kayaking with colleagues.