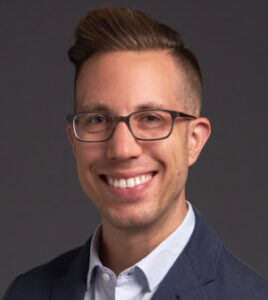 Dr. Jason Smith specializes in religion and literature in premodern South Asia. He is interested in questions about how religious audiences engage with premodern texts in the South Asian context, focusing on both the texts and their reception histories. Before joining the Mercer faculty in 2022, he held the Loeb Postdoctoral Fellowship at Harvard University.

Dr. Smith’s current book project, “A Text for All Times: The Tirukkural and the Construction of Tamil Religion,” examines the relationship between religion, literature, and cultural identity in Tamil-speaking South India. The book traces the construction of Tamil religion over time by focusing on the Tirukkural (“Sacred Verses”), a text of proverbs on ethics and love and one of the most enduring literary works ever composed in Tamil. The book shows how poets, commentators, religious leaders, and political figures have used the Tirukkural to construct a coherent sense of Tamil identity grounded in ideas about what it means to be a religious person in South India.

Other ongoing projects include a new translation of the Tirukkural alongside two of its medieval commentaries, neither of which has been fully translated into English, and a co-edited volume of Tamil literary classics ranging from the early Cankam corpus to more recent literary innovations.