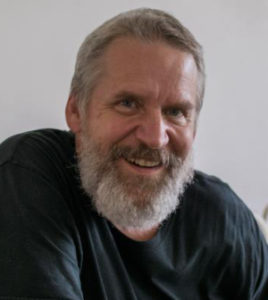 Dr. James Eric (Jay) Black’s professional background includes print, broadcast, and film. His awards include the National Association of Teacher of English Award for Superior Writing, The Roberta Kevelson Scholarship Award from the Semiotic Society of America, and The Atlanta Olympic Committee’s Olympic Force Award for Superior Community Service. His work has appeared on NPR, CNN, UPI, ABC Radio, and Georgia News Network. His first book was Walt Kelly and Pogo: The Art of the Political Swamp. He has also published extensively in magazines and academic journals. Dr. Black spends his summers for the most part in China where he was awarded Permanent Visiting Scholar status at Jinan University International Schools. He also curated and wrote The American Chamber of Commerce in South China’s White Paper on the Business Environment in China 2018, 2019 and 2020, an annual publication of over 500 pages that are presented in both English and Mandarin.

Dr. Black has published articles concerning Chinese media, semiotics, and Cold War pop culture in numerous academic journals and publications. His primary interest is media in transition and how the media is used to promote change.

Dr. Black has taught most of the classes in the Journalism and Media Studies Department but prides himself on preserving journalism as a liberal art. He regularly teaches Journalism History, Media Law, Media Ethics, Media and Current Issues, and News Literacy. He also teaches in the INT program.

Dr. Black has traveled to 49 states (he’ll get to Alaska eventually) and over 20 countries. Jinan University’s International School, where he often teaches Western-style journalism in the summers, awarded him Permanent Visiting Scholar status in 2016. He honeymooned in Vietnam and Cambodia.