Director of the Honors Program 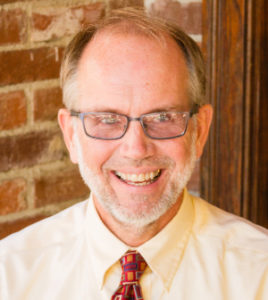 Dr. John Thomas (Tom) Scott has been a member of the Department of History since 1991. He chose to come to Mercer for many reasons and has stayed for many more. Dr. Scott appreciates the History Department for the rigor with which it approaches studying the past, for the humane care that its faculty members strive to give to all students, and for the emphasis it puts on undergraduate research in the department. The department doesn’t just want students to know about the past — it wants them to learn how to create and articulate their own understandings of the past so that they can make appropriate choices for themselves and their society in the present and the future. History majors have won the University Library’s award for research for the last few years and have regularly won awards at the regional history conferences to which we take our majors. The department expects a great deal out of its students, but it gives a great deal back to its students in time, in expertise, in relationships, and in research.

Dr. Scott’s primary field of research has been 18th and early 19th century North Atlantic history — most of it British colonial and American. Within that broad field he has focused primarily on intellectual and relational history — what people believed, who they shared it with, and how both ideas and personal relationships shaped the worlds in which they lived; today it would be called networking. His earliest research focused on a Presbyterian minister at the turn of the 19th century who drew most of his ideas from colonial and transatlantic sources. Recent research has focused on Georgia in the 18th century and again has concentrated primarily on religious figures. The research also reveals the lives of many “regular” humans who struggled to make sense of the world around them and to find their place in that world, the very tasks that humans of every age, including the current one, embark upon daily.

Dr. Scott has an abiding interest in classic American films (1930s to 1950s especially). He regularly uses films in class to help students think about a particular topic, and he teaches HIS 245 — American Film as Art and History. That course focuses on using films as historical documents to understand the past and concentrates on the period between 1930 and 1990. The 1946 film “The Best Years of Our Lives” and the 1956 film “The Searchers,” are two of his favorite films to teach.