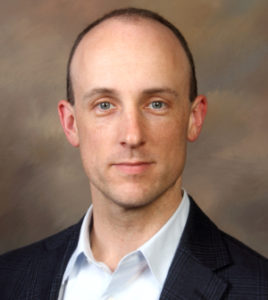 On Dr. Matthew Harper’s first visit to campus in 2014, a mathematician engaged him in a thoughtful discussion about solutions to homelessness. The conversation crossed disciplinary boundaries, required curiosity and depth, and focused on real-world service to others. Dr. Harper knew then that at Mercer University he, just like the students, would grow morally and intellectually.

He came from the University of Central Arkansas, where he directed the African and African-American Studies Program for four years. He taught briefly at the University of North Carolina at Chapel Hill and Greensboro College.

Dr. Harper researches 19th-century black religion and politics throughout the African diaspora. His seeks to understand the stories people told to make sense of their world and how those stories shaped political realities.

His 2016 book The End of Days sought to understand those stories in the post-emancipation United States. He now asks similar questions about radical black religion and politics in the black Atlantic, focusing on a Baptist-led uprising of the enslaved in Jamaica.

He co-directs Mercer’s Building the Beloved Community Symposium, an initiative to bring together communities of faith across racial lines to work for racial justice and reconciliation.