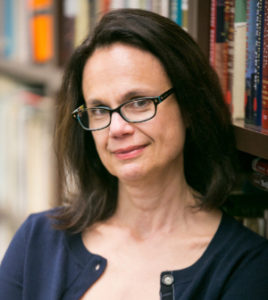 Dr. Sarah Gardner fiercely champions the humanities, those fields of inquiry that encourage us to explore and document the human experience. The humanities train students to weigh competing claims, to evaluate evidence, and to develop compelling analyses. More to the point, they foster certain attributes and skills, such as moral discernment, empathy, and sociability. They provide us with a toolkit that helps us navigate the world, much like they have for millennia.

Dr. Gardner regularly teaches courses on the American South, the Civil War Era, and on Reconstruction and the Gilded Age. She also contributes to Mercer’s Great Books Program.

She is currently working on a book project that examines reading habits and practices during the American Civil War. She is particularly interested in the ways in which the war’s participants strove to maintain their sense of humanity in the face of destruction and loss.

Professor Gardner has received more than 15 competitive research fellowships and grants to support her work.