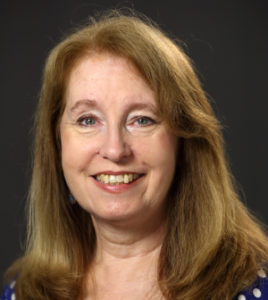 Shelley Kuhen joined Mercer Theatre’s creative team as costume designer and costume shop supervisor in the fall of 1996. In the past 18 years she has designed 67 productions for The Mercer Players as well as 27 productions for Mercer Opera.

Prior to joining us at Mercer, her early training included working as a tailor’s assistant from 1974-1983 in Boca Raton, Florida. She also has been the costume designer/shop supervisor for Theatre Macon since 1988 and has executed 156 mainstage productions as well as 27 Youth Actors Company productions. From 1990-2002 she worked with the Impromptu Players at Macon State College, overseeing 46 productions. In addition to local productions she was a costume assistant on two movies, “The Rose and the Jackal” and “The Oldest Living Confederate Widow Tells All.” Her experience also includes costume design for summer stock at Shawnee Theatre in 1993 in Bloomfield, Indiana, and in 2009 for a professional stage production of “The Missouri Waltz,” written and produced by Karen Black. In 1997 she received the Macon Arts Alliance Cultural Award.