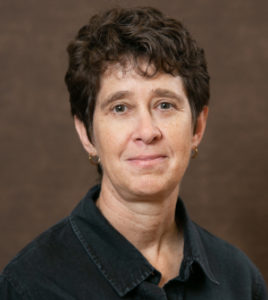 My research has spanned a wide range of interests. My graduate training under Dr. Karen Wynn (now at Yale University) focused on infants’ early number concepts, while my postdoctoral training was under Dr. Judy DeLoache (now at University of Virginia) and explored young children’s understanding of symbols- what makes symbols hard for them to understand, and what factors increase their insight. I have researched young children’s understanding of the fantasy-reality distinction – how they come to realize that Santa Claus is pretend whereas Tiger Woods, although amazing, is still human.

Since coming to Mercer, my research has focused on another age period with many interesting changes: early adulthood. I am particularly interested in catalysts of development, and what helps students thrive during this period. For example, I have supervised student research projects on the development of religious identity among college students, how service-learning impacts students’ moral development, and how identity relates to personality traits like openness and androgyny.

My sabbatical research project last year took a cross-cultural look at identity development. Many developmental psychologists (e.g., Erikson) believe that one of the central tasks for young adults is forming a sense of their own identity- what they value, and who they want to become.Some researchers think that the healthiest identity can only be achieved if one has first explored multiple options (e.g., conservative beliefs and liberal beliefs) before committing to a specific identity. These researchers believe that committing to an identity in a specific area (whether it is religious or political or vocational) without first exploring multiple options represents a ‘foreclosing’ of other possibilities, and thus is not optimal psychologically. However, the research results are mixed: in some studies, on some measures, ‘foreclosed’ students show levels of psychological adjustment that are similar to those of ‘achieved’ students.Thus, one purpose of this study was to test the hypothesis that exploration is a necessary component of healthy identity development. The second purpose was to test whether the relationship between identity exploration and psychological health is the same across cultures, especially cultures that vary in the importance they place on the individual versus the larger group or society. The U.S. is a strongly individualistic culture: in politics, popular culture, and many other practices we emphasis the rights and importance of the individual.Many other cultures are much more collectivist: they emphasize the importance of larger groups (family, workgroups, and society as a whole) and the obligations the individual has to them. Taiwan is a more collectivist culture.Thus, working with a colleague at National Chung-Cheng University in Chia-Yi, Taiwan, we collected information from nearly 500 college students on how they view themselves, their psychological well-being, and their cultural orientation.Our results showed intriguing similarities and differences between cultures.When complete, the analyses will be written up for publication.